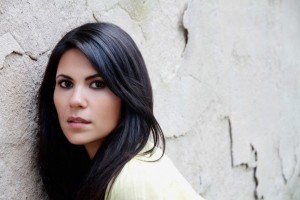 is an actress based in Berlin, Germany.

After her conservatory studies at New York’s „The Lee Strasberg Theatre and Film Institute“ she most currently moved from Los Angeles, CA to Berlin, Germany. Ever since she started, she acted in feature films, commercials, music video’s and independent short films.

Briana Alegria is fluent in English, German and Spanish. She lived and studied in New York City/NY, Seattle/WA, Sydney/Australia, Madrid/Spain, Guangzhou/China, Santander del Sur/Colombia, Frankfurt/Germany & Freiburg/Germany. Raised by her Colombian mother (an artist) and her German father (an engineer) she started her artistic journey at a very young age.